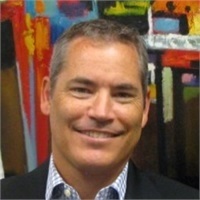 Brook is a CFP® with over 28 years of experience as a financial advisor. Brook and his two, exceptional staff members work tirelessly to assist business owners and individuals who have the financial resources to build and preserve their wealth for important business goals, personal goals, and charitable causes. Brook and his staff always put the client's needs and concerns first, and has the experience to assist his clients with their unique financial plan. Brook graduated from Shawnee Mission East High School in Prairie Village, KS, and went on to graduate from the University of Kansas with a major in French Literature and a minor in Biology. While at KU, in addition to having success academically, Brook involved himself in many student organizations including Student Union Activities, Board of Class Officers, and Student Senate. Brook was Treasurer of the Sophomore Class, President of the Junior Class, and Student Body President his senior year. Brook was the 1989 recipient of the prestigious Katherine A. Giele Scholarship given to only one student leader per school year. Brook also studied in France as part of his curriculum and voluntarily studied for and passed the French government's language proficiency exam. In 1992, Brook entered the financial services business with Kansas City Financial Group. He then spent nearly ten years at Edward Jones where he was a limited partner and handpicked to be the Compliance & Ethics Leader in a region of 42 advisors. In 2009, Brook decided to become an independent financial advisor and affiliated with LPL Financial, the largest broker/dealer serving independent advisors and their clients. In January of 2014, Brook opened his own boutique firm called Instrumental Advisors located in Overland Park, KS. Brook can be reached by phone at (913)322-2100 or by email at brook.menees@instrumentaladvisors.com. 1 As Reported by Financial Planning Magazine, June 1996-2015, based on total revenue.